Chiropractic care has made such a difference in my own life, so much so that it inspired me to become a chiropractor. Every day, I am privileged to have the opportunity to help others naturally regain and maintain their health by removing interference in the nervous system, allowing their bodies to heal and function properly.

A common misconception is that chiropractic is only for back and neck pain. However, I strive to help my patients far beyond just pain because when you remove interference in the nervous system, the brain can communicate with the body at an optimal level and function at its maximum capacity. I have learned and witnessed that the body is an incredibly powerful creation that has the ability to do what it needs to do, provided there is no interference.. A fully functioning nervous system allows the body to adapt to its environment and correct imbalances that result in symptoms such as migraines, digestive disturbances, breathing difficulties, hormonal imbalances, low immunity, hypertension, poor athletic performance and much more. I have such an immense passion for what I do and I get excited everyday knowing I have the opportunity to help others with chiropractic.

My first experience with chiropractic was when I was 8 years old after falling out of a tree house. I was experiencing some pelvic pain so my mom took me to our family chiropractor, Dr. Larry Troxell. Little did we know that the doctor would alleviate more than just my pelvic pain. After falling, I had started having some terrible digestive issues but we did not know it was related to my pelvic problem. As the chiropractor adjusted me, my pelvic pain and the digestive troubles cleared. From then on, I had an interest in chiropractic and wondered how it helped others.
In high school, I was told by Dr. Troxell's associate, Dr. Cale Banning, to read a textbook on chiropractic philosophy, and that's when my interest really caught on. I decided to do a work-study program with our family chiropractor. Watching Dr. Troxell substantially help patients with a variety of health conditions that I never thought would be possible to alleviate through chiropractic made an impression on me. Not only did it have an effect on me, but on my family as well. I have two older siblings who went on to be chiropractors before me, Dr. Joshua J. Lawlor and Dr. Carol J. Miller. They currently practice in Parkview and Dewitt, Iowa, respectively. My brother and sister became important role models for me after Dr. Troxell passed away in 2007.

Upon my graduation from high school, I decided to take the fastest education route possible to become a chiropractor. I got my Bachelor of Science degree in three years and enrolled at Palmer College, the fountainhead of chiropractic. While getting my degree at Palmer, I became involved in a dedicated group of chiropractic students called the Troxell Intern Program. This is where I was really introduced to the Gonstead System of adjusting. Up until this point, I had thought all chiropractors adjusted the same way and there was no difference between them.

Through the Troxell Intern Program, my study and skill in the Gonstead method grew exponentially. During this time at Palmer College, I also attended a nutrition seminar. At this seminar I met my wonderful wife Michelle. After grad school, I moved to the St. Louis region, where Michelle is from to open a practice of our own. Since then, we have had four children and now call St. Charles our home. We are passionate about chiropractic and are eager to help our friends and community experience better health naturally.

From the time I was in high school my parents began taking me to a chiropractor. Though, I didn't have back pain, headaches, etc., they realized I would be healthier by taking care of my spine and nervous system! I was planning on becoming a veterinarian, but after my experience with chiropractic, I realized that I wanted to help people the same way I was helped.

I graduated with my bachelor’s degree in biology from the University of Akron in Ohio. From there I attended Logan University in Chesterfield, MO. While I was in chiropractic school I explored a lot of different methods and approaches to chiropractic (not all chiropractors do the same thing!). I eventually realized that the Gonstead method was the best fit for me. I love how it is objective, thorough, and specific. I had never seen such amazing results from chiropractic as I had with Gonstead. It helped me realize chiropractic can help with so much more than just back pain!

Dr. Jeff Lawlor was actually the one who got me started with Gonstead! I spent many hours shadowing him while I was a student. I was one of the first students to pass a proficiency exam and become a Gonstead Intern under Dr. Lawlor.

My wife and I met for the first time at Lawlor Chiropractic! Now we are happily married with a smiley (and well-adjusted) little boy. Believe me when I say that seeing a chiropractor can benefit you in ways you never imagined!

Since I was three years old, I knew I was going to be a chiropractor. Growing up with a chiropractor dad, it was inevitable. I have been adjusted since birth and I want to share the importance of chiropractic from birth throughout life. Chiropractic changed my life and I am so blessed to help families achieve their health goals by removing interference from the nervous system and allowing the body to function at its fullest potential.

Growing up in chiropractic, meant getting adjusted before and after sporting events, when I had a headache, or whenever I got sick. I knew how amazing chiropractic was and, from a young age, I knew I wanted to help people in the same way my dad helped me. After graduating with my undergraduate degree from Kent State University in Ohio, I decided to live out my life's purpose and pursue my Chiropractic degree at Logan University. While at Logan, I wanted to learn to be the best doctor I could possibly be for my future patients. That's when I came across Gonstead Chiropractic.

I started receiving care from Dr. Jeff Lawlor for chronic low back pain. Not only did that improve, other symptoms that I thought were "normal" no longer persisted. This made me realize that chiropractic can help with so much more than just sports injuries, headaches, back pain, and neck pain! I knew I had to do whatever it took to become proficient at the Gonstead system. I have spent many hours shadowing Dr. Lawlor and was a leader in the Gonstead Intern Program while in school. I also participated in a clinical rotation at Logan's Pediatrics Clinic, where I learned more about the importance of chiropractic care from birth.

I am so passionate about Gonstead Chiropractic and I especially love working with the pediatric population. I look forward to the opportunity to serve you and your family.

In my spare time, I love being active and social. My husband, Austin and I, are involved at our church, where he plays drums and is a co-director of finances, and I serve in our fitness ministry and on the hospitality team. We are constantly in search for the PERFECT restaurant or you can find us cooking in the kitchen together. I also love hiking, hanging out with friends, and teaching Gonstead Chiropractic to students. 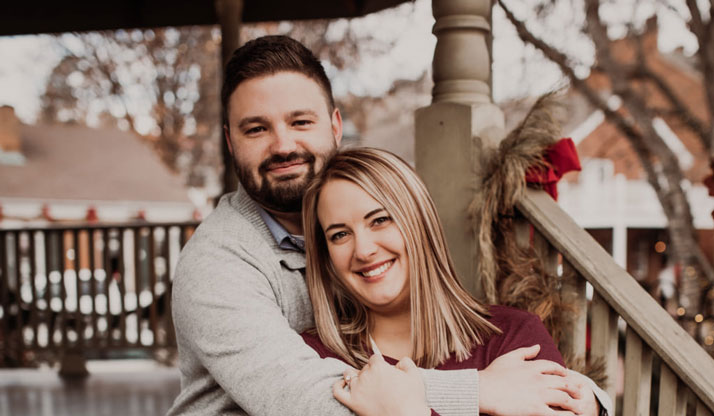 I am so thrilled to be a part of the Lawlor Chiropractic team! I joined the team in May of 2015 in an effort to help with the office responsibilities for this amazing and growing practice. I look forward to seeing all of our wonderful patients and their families each day, supporting Dr. Lawlor, Dr. Sullivan and Dr. Kallie as well as helping the office run smoothly and efficiently.

When I’m not at Lawlor Chiropractic, I enjoy spending time with my husband and two amazing sons. We enjoy camping, kayaking, going to the movies and weekend getaways. I also love photography and eating sushi with my husband/best friend.

I look forward to welcoming you to Lawlor Chiropractic and serving you and your family for years to come. See you soon!

I joined the Lawlor Chiropractic team in August of 2021. I began just filling in and am happy to now be full time. I grew up around chiropractic and became familiar with the Gonstead method when my sisters met (and married) Dr. Lawlor and Dr. Sullivan. I love meeting new people and look forward to getting to know all of our patients!

When my husband Jeff and I began Lawlor Chiropractic in 2012, we never imagined it evolving into what it is today. We always envisioned a small office with just Jeff and an office manager. In the beginning, he and I were the only two in the office. I worked at the front desk full time but today, I have a more behind-the-scenes role doing administrative tasks from home.

God had other plans for our office and here we are now a team of six. We are so blessed to have such a great team to serve our community. Jeff and I have four beautiful children--Reese, Chase and identical twin girls, Natalie and Noelle, all of whom were adjusted at just a few hours old! I have a long lineage of chiropractic in my family--three generations! We love having the opportunity to share it with you and your family. 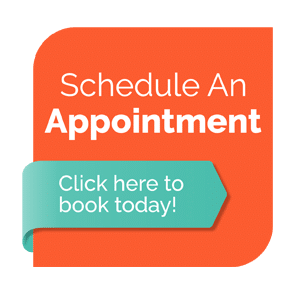